Can Sleep Apnoea Kill You? The Truth Behind Untreated Sleep Disorders Snoring, tossing and waking up in the middle of the night in a fog may signal more than just a bad night’s sleep, especially if it occurs regularly.

Sleep apnea is more common than you think as it often goes undiagnosed according to Nancy Foldvary-Schaefer, DO, MS – only one in four people who suffer from it are actually diagnosed. This is particularly true for the most common form of sleep apnea, obstructive sleep apnea (OSA), which occurs when the tissues of the upper airway – the tongue, soft palate, and uvula collapse and disturb normal airflow. It affects men and women of all ages, however middle-aged men are more likely to suffer from sleep apnea.

Although it doesn’t sound like something to be concerned about, sleep apnea is a very serious disorder with adverse short-term and long-term consequences. People with sleep apnea stop breathing repeatedly during their sleep, sometimes up to 15-30 times per hour between 10 seconds to even several minutes. In adults, pauses in breathing can occur up to 5 times per hour, whilst in children it can occur once per hour. The late Star Wars actress, Carrie Fisher, swept the Internet in 2016 after headlines suggested that Fisher’s death was caused by obstructive sleep apnea, thus giving many people reason to pause.

Can You Die in Your Sleep From Sleep Apnea?

Whilst there is no straight-forward and definitive answer, the short answer is yes, sleep apnea can actually kill you, however this pertains to a series of complications including long-term health implications, lifestyles, undiagnosed sleep disorders and untreated sleep apnea.

According to findings in The New England Journal of Medicine (2005), research suggests that people with sleep apnea may die in their sleep due to sudden cardiac events – low-blood oxygen levels and higher carbon dioxide levels within the bloodstream can cause high blood pressure, result in oxidative stress and ultimately disrupt the heart’s electrical rhythms.

However, some would argue that you may not actually die in your sleep from OSA as the body forces an awakening when it senses it’s not getting sufficient oxygen. When this occurs, a person’s airways opens and breathing resumes, thus resulting in a lower chance of suffocation during sleep. However, this perspective is likened to those who say, “people don’t die from AIDS”, rather they die from the inevitable complications related to HIV. In the same manner, sleep apnea does not lead to immediate death rather it is the risk of long-term health complications and chronic conditions that can have a serious effect on one’s life.

Such health risks include:

What Can Happen if Sleep Apnea Goes Untreated?

According to a recent study, leaving sleep apnea untreated even just for a few days can lead to a series of health consequences such as:

Moreover, the more severe a person’s sleep apnea is, the higher the risk of an attack or death. According to the Wisconsin Sleep Cohort, 42% of deaths in people who suffered severe sleep apnea were caused by heart disease. In clinical terms, severe connotes having an apnea-hypopnea index (AHI) score of 20 or more respiratory events per hour. Furthermore, those with untreated severe sleep apnea were 5 times more likely to experience a cardiac-related death.

From a functioning perspective, people with untreated sleep apnea may experience:

Another issue worth addressing is a significantly increased risk of car accidents due to people falling asleep at the wheel. According to a recent study, those with sleep apnea were 2.5 times more likely to be the cause of a motor vehicle accident when compared to a control group of drivers within the general population.

For more information, find out what happens if you skip CPAP therapy here.

Can Sleep Apnea be Cured?

If you are diagnosed with sleep apnea, fortunately there are solutions that can reduce the symptoms and risks of the sleep disorder.

Although CPAP therapy is the most reliable and common method for reducing the risk of long-term health complications that are associated with sleep apnea, some people may find it uncomfortable or cumbersome. This is why choosing the right type of machine and mask is important. For further information, read our guide to buying the best CPAP machine for you here. If you continue having problems with your CPAP device, speak to your doctor to discuss what changes can be made to increase your comfort levels.

The only way to ‘cure’ sleep apnea for good is to undergo surgery. Such procedures are viewed as a last resort due to its side effects and is only considered an option after other treatments have failed. Surgical options include:

Can Sleep Apnea Shorten Your Life?

Aside from extreme fatigue, sleep apnea is associated with a host of chronic health conditions that may reduce your lifespan. Numerous studies have associated sleep apnea with type 2 diabetes, heart disease, strokes, irregular heartbeats and heart failure. Individuals under the age of 50 with OSA may have their life expectancy reduced by 8 to 18 years. Moreover, those with severe sleep apnea have a 46% chance of dying earlier, whilst those with moderate sleep apnea can experience a 17% chance of early death. In addition, according to studies conducted at Yale University, those who have had sleep apnea for up to 5 years are at a 30% risk of having a heart attack or dying.

Clinical research has further demonstrated that mortality risks are higher in those who have sleep apnea. Sleep apnea:

Leaving sleep apnea untreated will further escalate health complications and the risk of an early death. This makes diagnosing and treating sleep apnea as soon as possible very important. If you believe you’re at risk of sleep apnea take our screening test. It’s free, easy, and could just save your life. From this quiz, we’ll assess whether you may benefit from our effective overnight take home sleep apnea kit, and if you’re diagnosed with sleep apnea, our sleep specialists will recommend the right machine and mask for you. 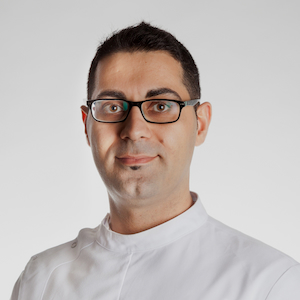 Robert Afshari studied a Bachelor of Pharmacy and is a member of the Pharmaceutical Society of Australia. Robert is the sleep specialist at CPAP Online Australia.